Difference between a Six Sigma Green Belt and a Black Belt 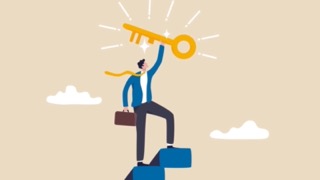 Six SigmaSix Sigma Definition: Six Sigma is a set of techniques and t... Learn More... certifications can be a great way for you to increase your leadership skills and quality assurance skills. This will be a benefit to your company. We will explain the differences between the Six Sigma black and green belts and how you can get them.

They may be grouped as Green Belts or Black Belts but they have their own skills and roles in project teams. A certification can lead to better salaries and career prospects.

What is a Six Sigma Black Belt?

What is a Six Sigma Green Belt?

What do Green Belts Do?

Yellow Belt Training opens your eyes to Six Sigma. They learn how to collect data for projects. This is not an easy task.

Green Belts go on to the next level. Green Belts specialize in DMAICDMAIC is an abbreviation of the five improvement steps it co... which is fundamental Six Sigma methodology.

Many Green Belts work directly under the supervision of a Black Belt. They may also supervise Yellow Belts.

What do Black Belts Do?

Black Belts have the same Six Sigma expertise and techniques as Green Belts. They also have a better understanding of how Six Sigma methodology can help achieve business goals.

Green Belts analyze and collect data. Black Belts are usually full-time even though they might hold a lower rank (Green Belts included).

Black Belts play an important role in communication with executives. They generally act as the bridge between the project teamA project team level may consist of master black belts or gr... and a company’s leaders. This requires an ability to make strategic plans and find ways that a Six Sigma project will benefit those plans, as well as being able to put together reports that sum up the data findings of project teams.

Green Belts and Black Belts play key roles in accomplishing process improvement through Six Sigma. For those who wish to take on a higher-profile role in managing change at their organization, earning these Six Sigma belts can make the use of your skills and help you reach your career potential.

How to get Six Sigma Green and Black Belt Certifications

These steps will allow you to achieve both a Six Sigma green and black belt.

Six Sigma certifications can only be obtained by completing a recognized training program. Two national organizations have strong reputations for quality certifications, the American Society for Quality for Six Sigma (ASQ) and the International Association of Six Sigma Certificate for Lean Six SigmaSix Sigma Definition: Six Sigma is a set of techniques and t... Learn More... (IASC). Accreditation is not required. It is essential to ensure that your training meets the standards.

2. Choose the Six Sigma belt you want to earn

The structure of your certification exam can vary depending on how you’re studying Six Sigma and LeanLEAN Definition LEAN is a production method aimed primarily ... Learn More... Six Sigma. The test time limits can be between three and five hours, depending on which level you take.

Benefits in your career

Six Sigma Black and Green belts are a great way to improve your professional skills and help your company. These are some of the benefits that Six Sigma certification can bring to your company or organization:

Which level is right for you?

After you have chosen the best provider, your first decision is to determine which level of Certification will best suit your goals. The amount of knowledge offered is a major difference between the Six Sigma Black Belt, Green Belt and Yellow Belt. Students are provided with more information about Six Sigma Method because the Black Belt Certification is more complex and longer.

Both the Black Belt and Green Belt positions can be very difficult and require a lot of information. Although the Yellow Belt is not as intense, it is a great starting point for higher levels. Although it can be confusing, once students have gained real-world experience, the pieces of this puzzle will all fit together.