FMEA? What is that? 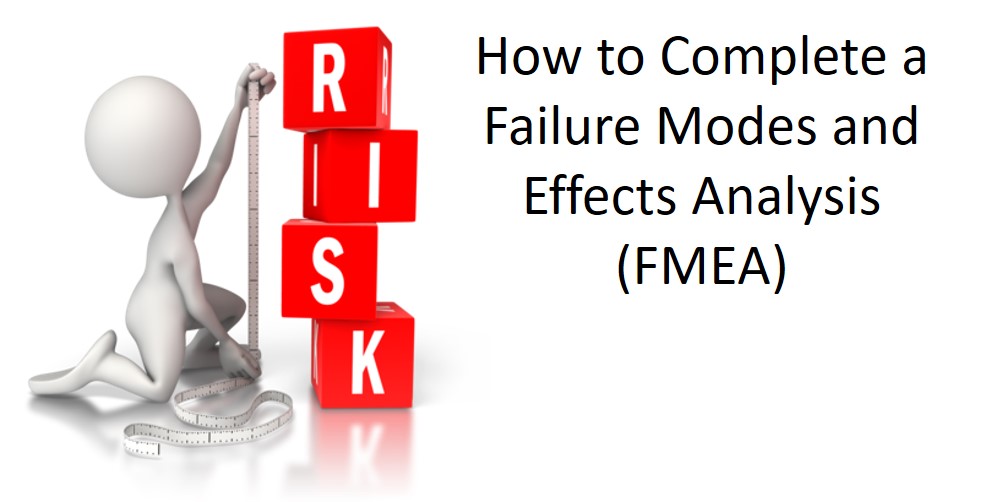 FMEA What is it? This article is the third in a four-part series to show you “How to Complete a Six SigmaSix Sigma Definition: Six Sigma is a set of techniques and t... Learn More... Root Cause Analysis”. The series covers four tools:

In this article, we will be discussing FMEA or the Failure Modes and Effects Analysis.

Many high-profile recalls of products are the result of poorly designed products or processes. This product recalls are discussed in public forums. Manufacturers, suppliers, and service providers are shown as being incapable of providing safe products. FMEA (Failure ModeA failure mode is the manner in which a process could potent... and Effects Analysis) is a method that allows organizations to identify all possible failures during the design phase.

FMEA was developed in the 1950s and is one of the oldest structured reliability improvement techniques. It is still an effective way to lower the chance of failure.

What is Failure Mode Analysis (FMEA)?

Failure ModeThe mode is the value that appears most often in a set of ... and Effects Analysis (FMEA) is a structured approach that identifies potential failures in the design of a product, processThere are many ways to organize your lean six sigma processe... Learn More..., or product.

FMEA does not replace good engineering. FMEA enhances engineering rather than replacing it. It uses the expertise and knowledge of a Cross-Functional Team to review the progress of a product/process and assess its risk of failing.

The cost of a failure will be lower if it is detected early. The impact of a failure discovered later in product development and launch is more severe.

FMEA is one tool that can be used to detect failure early in product and process design. FMEA is a tool that allows you to identify a product development (PD) failure early.

This methodology can be used to identify and correct process failures early so you can avoid the negative consequences of mediocre performance.

When to perform Failure Mode and Effects Analysis

It is an innovative idea to conduct a Failure Mode Analysis and Effects Analysis at least once in your life.

It is also a clever idea to conduct FMEA periodically throughout the life of a process. For optimal results, quality and reliability must always be checked and improved.

The Steps to Complete a FMEA (Failure Modes and Effects Analysis)

Review and label the Process Steps (using your process map) and the intended function or functions of those steps.

Consider the Potential Failure Modes for each component and its corresponding function.

Determine the Potential Failure Effects associated with each failure mode. The effectIt's the change in the average value of the output caused by... is related directly to the ability of that specific component to perform its intended function.

For each failure mode, determine all the Potential Root Causes. Use tools classified as root cause analysis tools, as well as the best knowledge and experience of the team.

For each cause, identify Current Process Controls. These are tests, procedures, or mechanisms that you now have in place to keep failures from reaching the customer.

Assign a Severity ranking to each effect that has been identified.

The severity ranking is based on a relative scale ranging from 1 to 10.

Prioritize the Risks by Sorting the RPN from Highest Score to Lowest Score. This will help the team determine the most critical inputs and the causes for their failure.