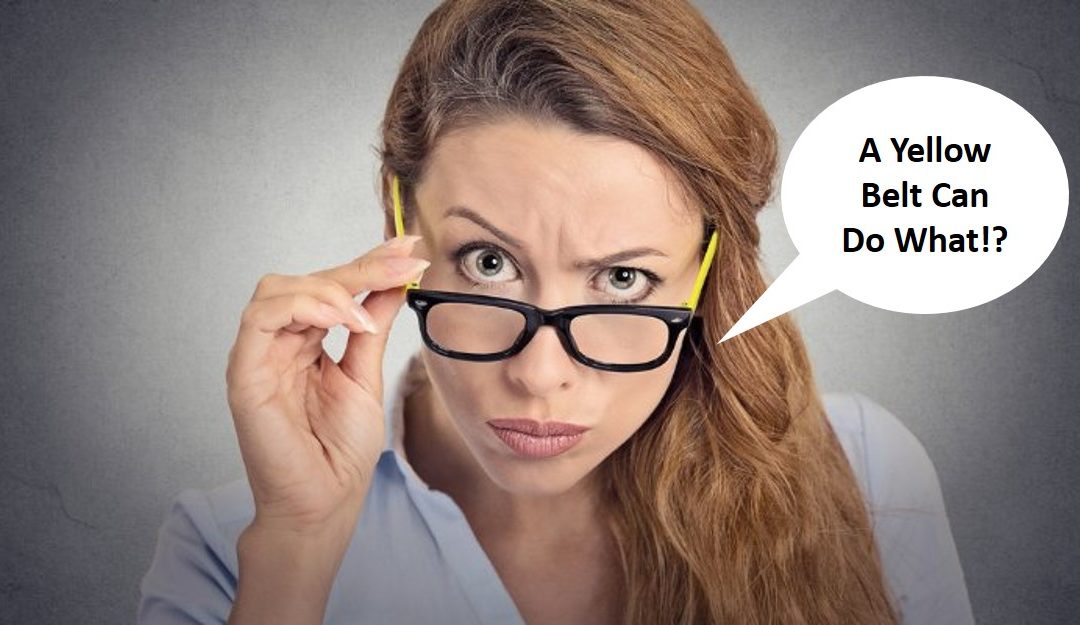 We often get calls from various companies wanting an instructor to come to their organization to train Six SigmaSix Sigma Definition: Six Sigma is a set of techniques and t... Learn More... Yellow Belts. Before we answer the question, we ask “what is the purpose for the training?”.

The answer is often “to train the Yellow Belts so that they can take on Projects”. What they are really saying is that we want to train our people for one or two days and expect them to take on the role of a Green or Black BeltSix Sigma Black Belt A Certified Six Sigma Black Belt can be... Learn More....

The S.M.E is the processThere are many ways to organize your lean six sigma processe... Learn More... owner of the process that the Six Sigma team is investigating. There is usually more than one S.M.E. in a team. The S.M.E. (Yellow Belt) is the most important person on the team. The Change Agent relies on the S.M.E. for process knowledge and experience.

The Six Sigma Yellow Belt training is usually a 2 day training that educates the S.M.E. on the tools that they will be exposed to during the Six Sigma project.

Is your company tasking you with getting trained as a Six Sigma Yellow Belt so you can take on Six Sigma cost savings projects?