What is Six Sigma? 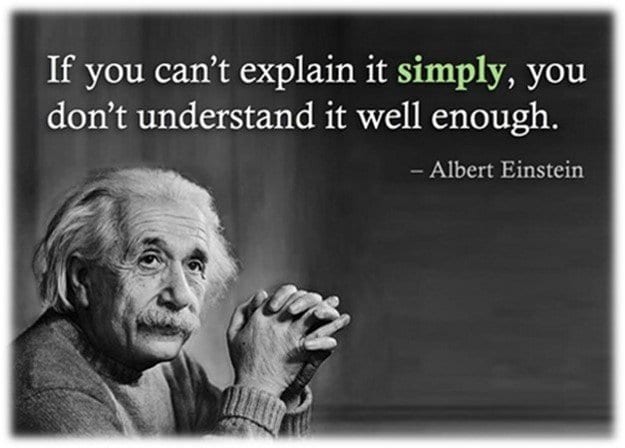 What is Lean Six Sigma?

Lean Six SigmaSix Sigma Definition: Six Sigma is a set of techniques and t... Learn More... in simplest terms is a methodology to improve business processes from the scale of an entire organization to the scale of an individual processThere are many ways to organize your lean six sigma processe... Learn More.... It is a methodology with a defined structure, roadmap, and tools to discover the root causes of process problems.

What is the goal of LEAN?

What is Six Sigma?

What is the goal of Six Sigma?

What is the Synergy between LEAN and Six Sigma?

I like to think of Lean Six Sigma like the human brain. There are two hemispheres that make up the brain (the right and the left hemisphere).

Just like the brain, LEAN and Six Sigma are interconnected, thus we get the term Lean Six Sigma. Both methodologies work in concert to provide a holistic improvement.

What is the History of Lean Six Sigma?

“Lean Six Sigma can be traced to Motorola in the United States in 1986. Six Sigma was developed within Motorola to compete with the Kaizen (or lean manufacturingLean manufacturing (also known as lean production, just-i...) business model in Japan. As a result of Six Sigma, Motorola received the Malcolm Baldridge National Quality AwardMalcomb Baldridge National Quality Award The Malcomb Baldrid... in 1988.

During the 2000s Lean Six Sigma forked from Six Sigma and became its own unique process. While Lean Six Sigma developed as a specific process of Six Sigma, it also incorporates ideas from lean manufacturingLEAN Definition LEAN is a production method aimed primarily ... Learn More..., which was developed as a part of the Toyota Production System in the 1950s.

The first concept of Lean Six Sigma was created in 2001 by a book titled Leaning into Six Sigma: The Path to Integration of Lean EnterpriseLEAN Definition LEAN is a production method aimed primarily ... Learn More... and Six Sigma by Barbara Wheat, Chuck Mills, Mike Carnell. The book was developed as a guide for managers of manufacturing plants on how to combine lean manufacturing and Six Sigma to dramatically improve quality and cycle time in the plant. Wheat, Mills, and Carnell narrate the story of a company who was skeptical about implementing Lean Six Sigma, but because of doing so was able to successfully improve the quality and efficiency in all aspects of business.

In the early 2000s Six Sigma principles expanded into other sectors of the economy, such as Healthcare, Finance, Supply Chain, etc.”

What are the Primary Roles of Lean Six Sigma?

What are the benefits of Lean Six Sigma?

Lean Six Sigma provides numerous benefits for organizations. It not only saves money, but also changes the attitude of employees and the functionality of the organization. Through implementation of Lean Six Sigma, organizations can expect the following beneficial outcomes:

What are the benefits of Lean Six Sigma to you and your career?

Lean Six Sigma practitioners are in high demand in all industries across the globe. The Lean Six Sigma methodology is applicable in manufacturing, finance, government, healthcare, retail, insurance, IT, and more. Some of the benefits a Lean Six Signa practitioner brings to the organization are:

These skills are highly sought after in leadership positions. Your Lean Six Sigma certification will give you an advantage above the competition. It is a powerful credential to add to your resume.

How do I explain Lean Six Sigma simply?

In our Lean Sigma courses, we teach the concept of the Sigma Value with a story that helps our students easily understand the concept.

We tell the class a story of a college football coach that is evaluating five kickers as field goal kickers for an upcoming game. The coach has one hundred footballs, each with an RFID attached. He has a GPS solution that tells him exactly where the football crosses the field goal (whether inside or outside of the goal). He gives his kickers a chance to kick each of the one hundred footballs through the field goal from the center of the field 35 yards back from the goal.

His first four kickers take their turns. Each kicker kicks all one hundred footballs between the uprights, not one ball misses the goal. Although, all four kickers were “all over the goal,” some kicks were high, some low, some near the right goal post and others near the left goal post. The footballs never consistently crossed the goal post at the same point.

The fifth kicker also kicks all one hundred footballs through the uprights but he consistently “splits” the uprights. His kicks are tightly grouped in the center of the field goal with slight variation between kicks.

We then ask the class, “Who are you going to choose to be the field goal kicker during the game?” Most choose the fifth kicker. Why? Because he is more consistent. The fifth kicker will be more predictable because he and his team have learned through practice to have better control over their critical inputs. Those critical inputs could include the angle of the kickers head over the ball when he kicks; the kickers follow through; the foot pounds of pressure when kicking; the angle of the football placed for the kick; etc. All these inputs can be measured, recorded, and improved to enhance the kickers’ performance.

If you were to film all 100 kicks that the fifth kicker made and super-impose the filmed kicks on top of each other, you would see little variation in his kicking method. This consistency leads to slight variation in his where the football crosses the plane of the goal.

Let us go back and review “why the first four kickers were not good.”

We will not know what that sample is inferring until we look at it through some sort of statistical analysis tool. To simply say the first four kickers are “Good” based on the sample being “Good” (as opposed to “Bad”) is to ignore the variation between kicks.

You might ask “How can we take variation into account when determining if the kicker is good or not”. Great question! … Let us say that each kick of the football gave us a data point (a combination of an X, Y and Z coordinate) from a virtual grid that surrounds the field goal (they actually do this in the NFL). When we calculate the amount of variation of the sample of 100 kicks from kicker #1, we would see that there is a large standard deviation. This is where we turn that standard deviation number into a picture to show the impact variation has on performance of the kicker to hit the target (the center of the goal). As Lean Six Sigma practitioners, we are interested in +/- 3 standard deviations from the averageA synonym for “mean”: the sum of a set of values divided... Learn More... (Read more about why we use the +/- 3 standard deviation from the average).

When we show the normal curve (which equals +/-3 standard deviations from the average) and overlay it on the field goal, we might find that the bell curve exceeds the two goal posts. This is an inference as to what the population of kicks (taken from the samples of 100 kicks of each of the four kickers) will look like in future if they still perform with same variation in kicks.

When we calculate the standard deviation of the fifth kicker and use it to draw the bell curve over-layed on the field goal, we see a bell curve that fitsFitted values can also be known as fits. The fitted val... inside the two goal posts.

I will ask the question that I asked earlier in this discussion: “Who are you going to choose to be the field goal kicker during the game?”

In the Lean Six Sigma methodology, this is what we are trying to achieve. We strive to be that fifth kicker who has phenomenal control over his inputs to create a kick that splits the goal posts every time. Just like the kicker, organizations who are consistently and predictably producing good products and services will be more valuable in the eyes of customers.

Do you have an interesting story or teaching tool to explain Lean Six Sigma? If so, include the story or tool in the comments below.