Why are KPIs important in Lean Six Sigma? 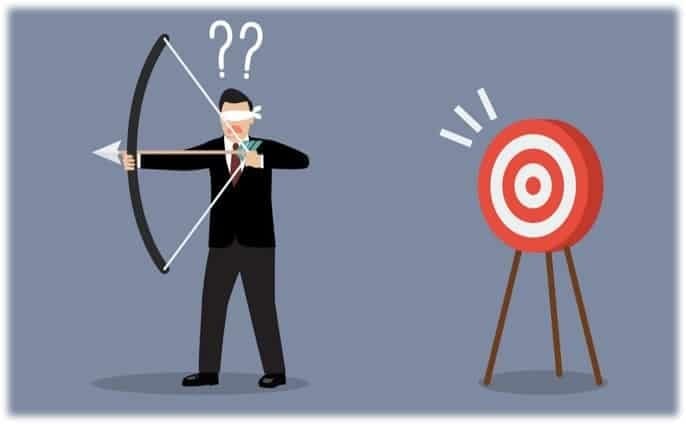 When companies have the wrong KPIs, or worse, no KPIs…

Let’s look at a real example of the importance of KPIs: My team and I are invited to many companies to help “revive” or implement Lean and/or Six Sigma from scratch. It’s easy to see where the companies that are trying to “revive” have failed to sustain their past continuous improvementContinuous improvement (or Kaizen) is a way to identify oppo... efforts. Some of the common scenarios that, in our experience, are a result of failure are:

When we talk to the company’s leadership about the reason that the Continuous Improvement effort failed, the answers are usually:

In most cases the excuses are valid, but it is important to understand that these are the “symptoms” of failure, not the underlying cause.

Most companies that implement Lean and/or Six Sigma fail in their effort within two years. In most companies the effort is completely abandoned within three.

My 8-year-old daughter is an aspiring Olympic archer (her words). She already has won several 1st place trophies in her division. She tells me often that “archery is a difficult sport. It takes focus, patience, and practice”. I go to every practice that I can and watch all her tournaments (sometimes by FaceTime if I am traveling). I asked her one day, “how do you keep score” and she explained the Target and how the shots are scored. Once I understood how to keep score, I could easily measure her performance. Knowing the target has helped me (along with her coach) to train her and improve her performance.

It seems like common sense to have good targets but as I say in my classes “common sense is not very common”. My team and I rarely engage companies that have effective targets.

Ineffective targets usually fall into one of three categories:

What if the target you were shooting at was really “fuzzy” and it was hard to see where you are aiming?

Recently, my daughter and I were at a tournament on a very bright sunny day. My daughter was the 1st shooter in a line of 12. The overhang behind her was blockingBlocking in statistics is used in the Design of Experiments... the sun from all the shooters but her. The glare from the sun was making it difficult for her to see the target. Her performance suffered from not being able to see the target clearly.

This is a common problem in most organizations. They have KPIs in six sigma that can be interpreted differently by different people. For example, “On-time Delivery” can be measured from different origination points and different endpoints. Because we don’t truly know the target, we aim at where we think the target is.

No target(s) (or not knowing that there is a target)

What if you couldn’t see the target at all?

I asked my daughter after a tournament, “What would you do if there wasn’t a target?”. She replied, “I wouldn’t know what to shoot at”.

I go on “the floor” of many different companies that we engage and ask the SME’s (the subject matter experts or operators) “what is your target for today? Do you know how you are performing to your target presently?”. I am usually answered by blank stares.

I ask the students in all my Lean Six Sigma Belt classes: “What are your KPIs in six sigma?”. I get the same response as when I ask the SME’s the same question. Rarely do I encounter someone who knows their targets.

It is common that I find that companies either don’t have targets (other than profit) or they don’t educate their employees on the targets. This results in an organization reacting to missing the targets that they couldn’t see.

Aiming at the wrong target(s)

What happens if you aim at the wrong target?

For example, many companies use “Efficiency” as a target. Efficiency is normally calculated as Number of Units Produced divided by the Cost to Produce the Units.

My team and I were called in to consult with a company that produced bricks. The company’s margins were quickly shrinking, and they believed starting a culture of continuous improvement would help. This was a very “siloed” company with a division between sales, front office support, and production. Each had metrics that showed the performance of their individual silo (vs. metrics that cascaded from each department and aligned with organizational metrics).

Production used “efficiency” as one of their primary metrics. When talking to the SME’s on the floor, they told me “our cost per brick is decreasing every week. We are consistently breaking records. We get bonuses for increased efficiency. So why is our company losing profits?”.

This was a valid question. What production didn’t see was once the bricks were produced, they were moved offsite to a yard for storage. There were millions of bricks in the yard. Some had been there for over 18 months.

The example above is just one of the hundreds of examples of targets that are counterproductive and promote bad habits in an organization.

Trying to Aim at Too Many Targets

Tracking too many KPIs may become overwhelming because of all the data that needs to be processed. If you try to implement and improve too many at one time, you’ll lose track and end up failing at all of them. This can leave you feeling frustrated and discouraged as a manager.

Start small and work your way up. As your comfort levelStatistics level A statistics level is the value of input in... increases by creating, implementing, and improving a select number of KPIs, you can start to add more later. Small incremental improvement are still improvements.

What makes Good Targets (or KPIs)?

If you asked this question to my daughter, the aspiring Olympic archer, she would say “one you can see clearly and know that it is the right target” (she has accidentally shot at the wrong target before). Below are the characteristics (in our experience) that make an effective KPI:

Why are Targets (or KPIs) important to a Continuous Improvement Effort?

I was recently engaging a company that wanted to train Black Belts, Green Belts, and Yellow Belts. I asked them, “How do you plan to identify and prioritize projects for the belts?”. The reply was “well, our leadership has a few projects that they want to see completed and we will send out an email to get more ideas”.

When you read between the lines of this statement you will find that:

What this leads to is the picking (by management) of arbitrary projects that are the most recent “pain”. The project, when completed, may improve the process but have little effect on the bottom line because it was not the right project.

Establishing effective KPIs in six sigma and prioritizing the projects by their effects on the KPIs is the most important key to Success of a Continuous Improvement effort.

When you: 1.) build a project hopper to collect improvement ideas from everyone in the organization, 2.) empower and educate everyone in the company to identify projects 3.) and prioritize projects as to their effects on the KPIs, you take the first and most important step to building a continuous improvement effort that will sustain.

Does your company use Targets (KPIs) to identify and prioritize continuous improvement projects? Or, are they arbitrarily picked by management to address to “most recent pain”? Tell us your story in the comments below and help educate others.