How to Complete an FMEA

How to Complete an FMEA (Failure Modes and Effects

This Article is the third in a four part series to show you “How to Complete a Six Sigma Root Cause Analysis.” The series covers four tools:

In this article, we will be discussing the FMEA or the Failure Modes and Effects Analysis

Every product or process is subject to different types or modes of failure and the potential failures all have consequences or effects.

The FMEA is used to:

The Steps to Complete a FMEA:

Step #1: Review and label the Process Steps (using your process map) and the intended function or functions of those steps

Step #2: Consider the Potential Failure Modes for each component and its corresponding function

Step #3: Determine the Potential Failure Effects associated with each failure mode. The effect is related directly to the ability of that specific component to perform its intended function

Step #4: For each failure mode, determine all the Potential Root Causes

Step #5: For each cause, identify Current Process Controls. These are tests, procedures or mechanisms that you now have in place to keep failures from reaching the customer

Step #6: Assign a Severity Ranking to each effect that has been identified 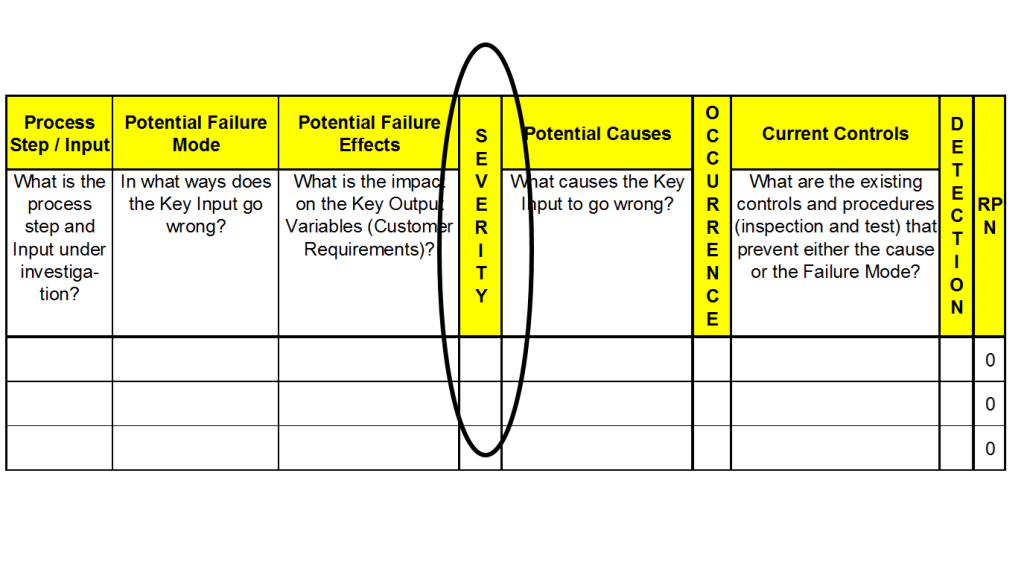 Sample of a Severity Scale 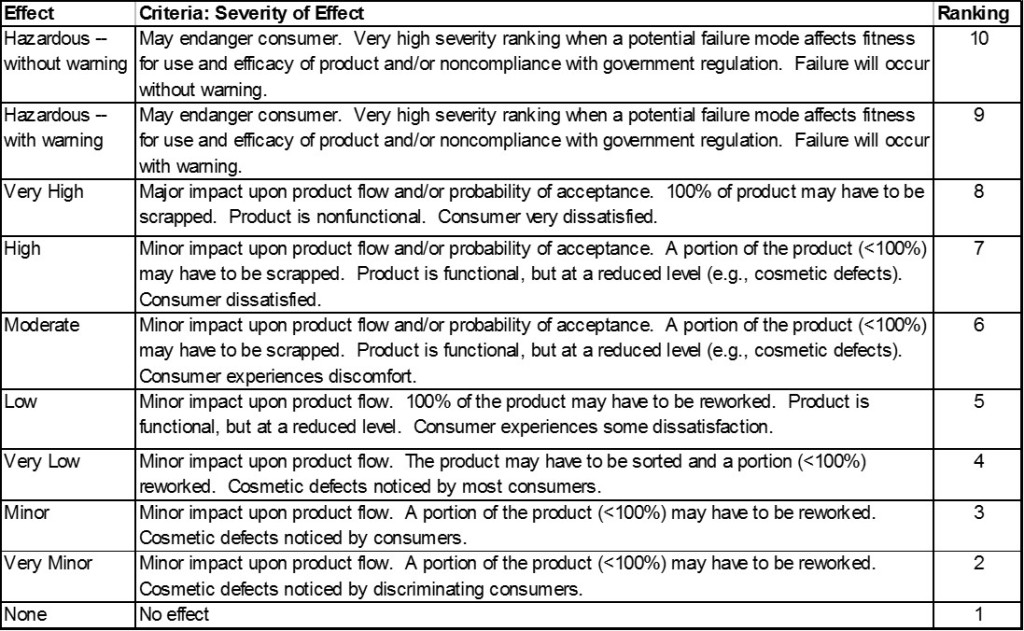 Prioritize the Risks by Sorting the RPN from Highest Score to Lowest Score. This will help the team determine the most critical inputs and the causes for their failure. 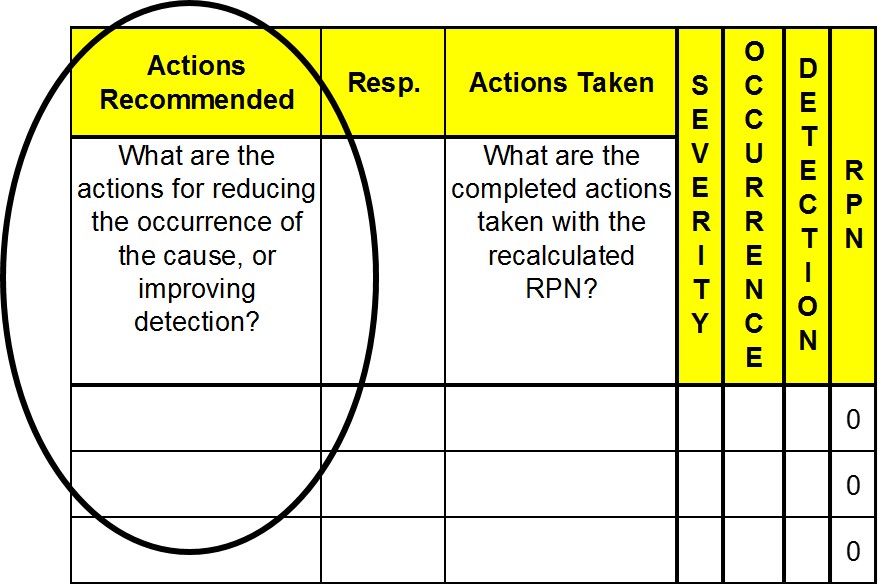 Step #11: Who is Responsible 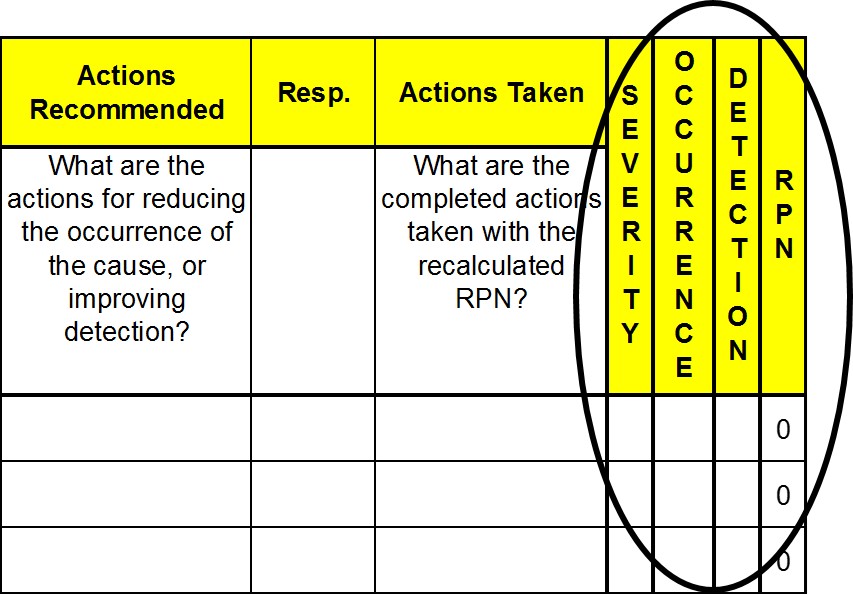 Get Access to FREE Training Video's, Games, Templates and More!

Enter Your Name and Email to Get  Immediate Access  to Powerful and FREE Lean Six Sigma Training and Resources!

Get Weekly Updates with "How To" Video's and Articles that help you to Navigate the tools of Both Lean and Six Sigma.

This site uses Akismet to reduce spam. Learn how your comment data is processed.

Learn HOW & WHY
Lean Six Sigma
efforts FAIL, and

HOW NOT TO FAIL

Subscribe to our Newsletter, Download the FREE Sample and get a glimpse into the Powerful Book “Why They Fail”

Subscribe to our Newsletter and Get Access to a FREE sample of "Why They Fail." This free sample will give you a glimpse at the reason why so many efforts to sustain a LEAN or Lean Six Sigma culture fail.

Learn the steps and the Simple Key to building a Successful (Sustainable) Continuous Improvement effort in the complete copy of "Why They Fail" (on sale for a limited time for $9.99).