What is an example of a Lean Pull Process? 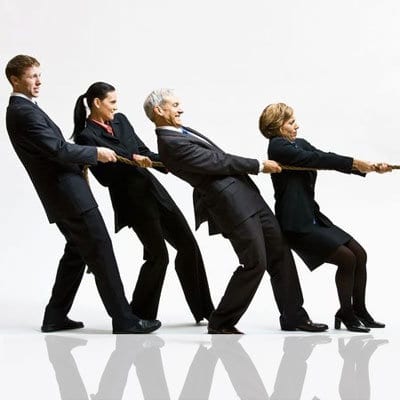 Let’s start with a story about establishing the LeanLEAN Definition LEAN is a production method aimed primarily ... Learn More... Pull improvement processThere are many ways to organize your lean six sigma processe... Learn More... with a McDonalds case study…

When I was 18, my family and I had just returned from an accompanied tour with my father (a U.S. Marine) in London, England. We were in Jacksonville, NC, for about two weeks when he received orders to ship off to the Middle East to be a part of “Desert Storm.”

I was preparing to go to college in Greenville, NC which was about three hours from Jacksonville. When we got the news that my father was to be deployed again, I changed my plans and decided to go to the local community college so I would be able to watch after my mom and two sisters.

Once I was registered for school, my first order of business was to find a job.

The only employment I found that would work around my school schedule was McDonald’s. I was hired as a night shift cook. I have always had the mind to be frugal with money. Like teaching, you don’t enlist in the Marine Corps to get rich. I say this because I immediately saw wasteMuda (無駄, on'yomi reading) is a&nbsp... Learn More... at McDonalds, even though at the time I did not know the concepts of Lean nor Six SigmaSix Sigma Definition: Six Sigma is a set of techniques and t... Learn More....

For those of you who remember in the early 90’s, McDonald’s used to cook their burgers and place them in a heating bin. We would place a marker behind a batch of burgers to let everyone know when those would expire (thus becoming waste).

Management either used “gut feeling” or forecasting to predict demand. Most would over-predict during peak hours (especially when the rumor of a bus full of hungry athletes was coming) and under-predict during non-peak times.

In either case, they were taking a risk. I saw the result of that risk in the waste bin every day. This was the case during my 1.5-year employment at McDonalds.

Jump ahead 15 years. I was waitingMuda (無駄, on'yomi reading) is a&nbsp... Learn More... in a McDonald’s line during the peak of lunch and I saw that the bins were empty except for special orders.

I thought that maybe I had come in on the tail end of a big rush and they were trying to catch up. I decided to sit in the lounge where I could watch their process.

I discovered steaming bins (like small closets with trays) where the cooked meat was being stored next to the place of sandwich assembly. Every order was assembled immediately after the order was made. I was impressed with the improvement, and I thought to myself; this is a perfect example of establishing the Lean Pull Improvement Process!

The old process included creating an inventoryMuda (無駄, on'yomi reading) is a&nbsp... Learn More... of burgers and storing them under a heating lamp. The constraint in the whole process that kept it from being “just in time” was cooking the meat.

In this new system, that constraint is removed.

I also remember that when you received your hamburger from the bin in the old process, the ketchup and mustard would soak into the bun, making it lose some of its “fullness.”

In the new Pull Process, the bins for the cooked meat are referred to as the “Supermarket.” When the orders are placed, the meat is pulled from the Supermarket into the assembly area. The hamburger is assembled just in time to fulfill the order.

Do you have any examples of a Lean Pull Process that you can share like the McDonalds case study?